Carol Dweck and the love of struggle

Some of you may have seen on Twitter recently that I was fortunate enough to be able to host a conference at the RFU where the keynote speaker was Professor Carol Dweck who was talking about her life's work which centres around the concept of developing a 'growth mindset'. For anyone that needs a quick recap, this article does a great job of summarising Professor Dweck's work http://www.fastcompany.com/3039181/why-determination-matters-more-than-smarts-in-getting-ahead

Something Professor Dweck said during her keynote presentation really struck a chord with me, she stated... "We should be having struggle conversations all the time..we would never get home from work and say 'honey, I have had the most fabulous struggle!'". It really made me think about how young people today are surrounded by people with fixed mindsets that are creating a culture that is 'failure averse'. It also made me reflect on how much work I do to create environments that are full of challenge and where failure is part of the daily language.

This has really prompted me to go further with my feedback where I have resolved to started talking about failure and struggle much more..."what was the best failure team?" "What did we learn from that?" Or "who wants to share the struggle they had today".

I have often said that I evaluate my sessions not by the smiling faces and 'great session' comments I get from the players but by the air of 'slight disgruntlement' that is in the air. Ideally I have got the the players to a place where they love the struggle and the challenge and so they still recognise the value of the session and have enjoyed it but I definitely don't like seeing players that are totally comfortable as I know that I haven't stretched them enough.

I like to use words like 'stretch', 'reach' and 'strive' liberally to surround the players with language which points towards the process of learning and really try hard to avoid giving outcome based praise like 'that was brilliant' or 'awesome skill' which feels nice short term but creates a world where the players are only interested in the outcome and avoid failing for fear of not being identified as successful.

I came across the video below on the blog of Simon Nainby (well worth a read) which I think is very apt within this discussion it gives an amazing insight into the corporate culture within the music streaming service, 'Spotify' where the word failure is in everyday use and the corporate culture reinforces this on a regular basis. I have to say that it looks like a fantastic place to work!

I think that this is a really great piece which really challenges the prevailing culture within most spors organisations and corporate entities. I certainly think that in the world of coaching we are too often reluctant to deliberately engineer failure and struggle for fear of the potential consequences of how we are perceived either by the players, parents or others.

I will be sharing some of my best failures in the coming months and hope you might do the same.

The secret to great coaching...setting people up to fail!

As my latest theme is the whole area of failure and how struggle and getting things wrong is such an important part of the whole learning process. In this TED talk from Stanley McChrystal, a retired US General he talks about leadership and his experiences of how he learned about leadership through experiencing failure. The quote that really resonates with me is his line which says "...true leadership is allowing people to fail without making them feel a failure".

I have been reflecting on how some of the best learning experiences have been such massive failures.

I failed my A levels when I was 18. I remember being crestfallen when I saw the letters D, E and U on the slip of paper that came in the envelope. All of my friends were celebrating and talking about where they were going to university and I was the chump that was considering going through the university clearing process to get into somewhere, anywhere just so I didn't have to feel that I had completely blown it! To be honest I should have known what was coming...I had been cruising and had gotten involved with some people that were not all that good for me. The writing was on the wall as they say.

I took stock and and after a few days I decided that I would retake the whole year. It was tough, all of my friends went off to their respective universities and I was left behind, questioning whether I had made the right decision or not. It turned out to be the best decision I could have made, I knuckled down and worked hard and got way better grades than the 1st time that got me into my first choice university. My mantra throughout the whole year was 'fail to prepare...prepare to fail'. It was a big learning moment about the value of preparation and putting in the work that as stayed with me throughout my career.

My other big fail was when I tried to start a business with a friend of mine. We both had other jobs at the time and were trying to build it up enough so that it could be our main thing. It was a brilliant idea and it got a lot of media coverage, we were also invited to do an event for TV with a number of top golfers but ultimately we couldn't make it work and we had to mothball it. My big learning from that was that if you are going to do something you need to be all in and fully committed. Ironically the main reason that I didn't quit my job and go all in was that I had mouths to feed at home and I wasn't prepared to take the risk of it not working. The failure came because of the fear of failure!

From a coaching point of view my biggest failure came ironically after my most successful period as a coach. I had had been working with a club team for a number of years and we had won back to back league championships which took us into the national league. In our first season in the nationals we had secured a strong top 5 finish when everybody expected us to struggle. I then decided to step down from that role as my work life was becoming quite challenging and I had a young family at home that needed my attention. That summer my home club came calling as they were without a coach and they were desperate for me to help out, the helper side of me took over and I agreed, even though I knew it was going to be a challenge. It turned out to be the biggest challenge ever as within 2 seasons that team had been relegated! There are a whole host of reasons why that happened but my 3 key learning points from that experience were:

To me failure is really important for learning and that is why I am so passionate about finding ways for me to create a 'failure rich' environment where players are free to be expressive and explore the choices in front of them to determine what is the best option for them. The video below does a great job of putting this across and it is something that i share with my players at the outset of our working together. 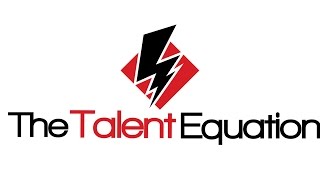